As part of its activities within the European Feral Labs Network, Makery organizes from August 16th to 24th its first summer camp on the Island of Batz in Brittany, France.

Since 2015, Makery has been a member of the network ArtLabo. The ArtLabo Retreat 2020 is a meeting between the European network Feral Labs and the French network ArtLabo, two networks sharing research-creation practices Art/Society/Technologies.
Due to Covid-19, the ArtLabo Retreat has however had to reduce its staff and give up a call for projects.

A network of temporary and offshore hubs for research in art, technology and communities, the Feral Labs Network, is composed of six partners from six EU countries, who have come together in their common interest in arts and science research and contemporary Do-It-Yourself (DIY) and Do-It-With-Others (DIWO) communities. Rather than focusing on modes of presentation such as exhibitions and festivals, the Feral Labs network focuses on connecting and organizing a series of similarly formatted temporary creative camps and environments, with an emphasis on process-based activities such as peer learning, fieldwork, research and co-creation. What these activities have in common is their deliberate placement in a remote environment, far from the usual urban setting of contemporary creative centers.
Over the past two years, the project partners have been creating a variety of temporary creative poles that vary in scope, format and topics covered, but all have a common methodological starting point: temporary, international, remote, open and transdisciplinary (art-technology-science).
The Feral Labs network is initiated and coordinated by the Projekt Atol Institute (SI) in partnership with Makery/Digital Art International (FR), Catch/Helsingør Kommune (DK), SCHMIEDE HALLEIN – Verein zur Förderung der digitalen Kultur (AT), Bioart Society (FI) and Udruga za razvoj uradi sam kulture Radiona (HR).

Since its informal creation around 2004, ArtLabo is animated by structures such as the Labomedia (Orléans), PIB (Tours), the Lieu multiple (Poitiers), Bandits-Mages (Bourges) and the association PiNG (Nantes) but above all many people involved in common research-action territories. ArtLabo has been organizing meetings for many years, 0camp in Nantes in 2015, 1camp in 2016, or during the Human Tech Days / Rencontres Arts & Sciences Friction in Bourges in January 2020. The principle: based on a common axis of work, the partner structures, as well as a large network of speakers, test during a given period the collective exploration of a subject around a program, debates or a coordinated series of common actions.

Behind the philosophy of collaborative projects and informal exchanges, the ArtLabo Retreat 2020 workshop will be an opportunity to discuss and test tools and practices related to documenting and recounting our experiences towards more digital autonomy (Radio, pad writing with CodimD, system autonomous or not, etc.).

MyOwnDocumenta.art is an independent online platform, a collective logbook where each artist/author posts regularly and at his own pace publications on current projects, old projects, fragments of unfinished projects…, the process being privileged to the final result.
The invitation is made through sponsorship, from artist to artist, but also via independent “art operators” (structures, collectives, magazines, curators, critics, editors…) who propose authors whose work they follow, either along the way, or in preparation for particular events (festivals, readings, workshops…) MyOwnDocumenta began its adventure on April 3, 2020 and archives to date a corpus of 611 publications edited by 123 authors and 9 operators.

During the ArtLabo Retreat on the Island of Batz, MyOwnDocumenta.art will allow to create an account and to publish autonomously and as the week goes by, elements about the projects in progress or that will be shown during the week.

The objective of the Roscosmoe project is to narrate the journey of the Symsagittifera roscoffensis, a symbiotic marine worm, an exceptional “animal-plant” of the Breton coastline, in the stages of its selection as a “cosmonaut candidate” in view of its possible departure for extraterrestrial space. Roscosmoe is a speculative narrative exploring the endosymbiotic theory of evolution (Lynn Margulis), our multi-species nature, the fragility of marine symbioses and environments in the face of global warming, ocean acidification and anthropogenic influences, notions of spatial ecology and the study of living things and the evolution of life in the face of conditions of variable gravity. The Roscosmoe project aims to create an artistic installation that will take the form of a connected and self-sufficient bathyscaphe aquarium containing a colony of marine worms in seawater. This speculative prototype of a future research module for a space station will be surrounded by multimedia devices offering the vital and environmental data of the device in real time, a system of multicasting of the different stages of the selection of the “candidate-cosmonaut”. The objective of the workshop on the Island of Batz is to become familiar with the species Symsagittifera roscoffensis and to determine the scriptwriting processes of the speculative narrative around the Roscosmoe project. 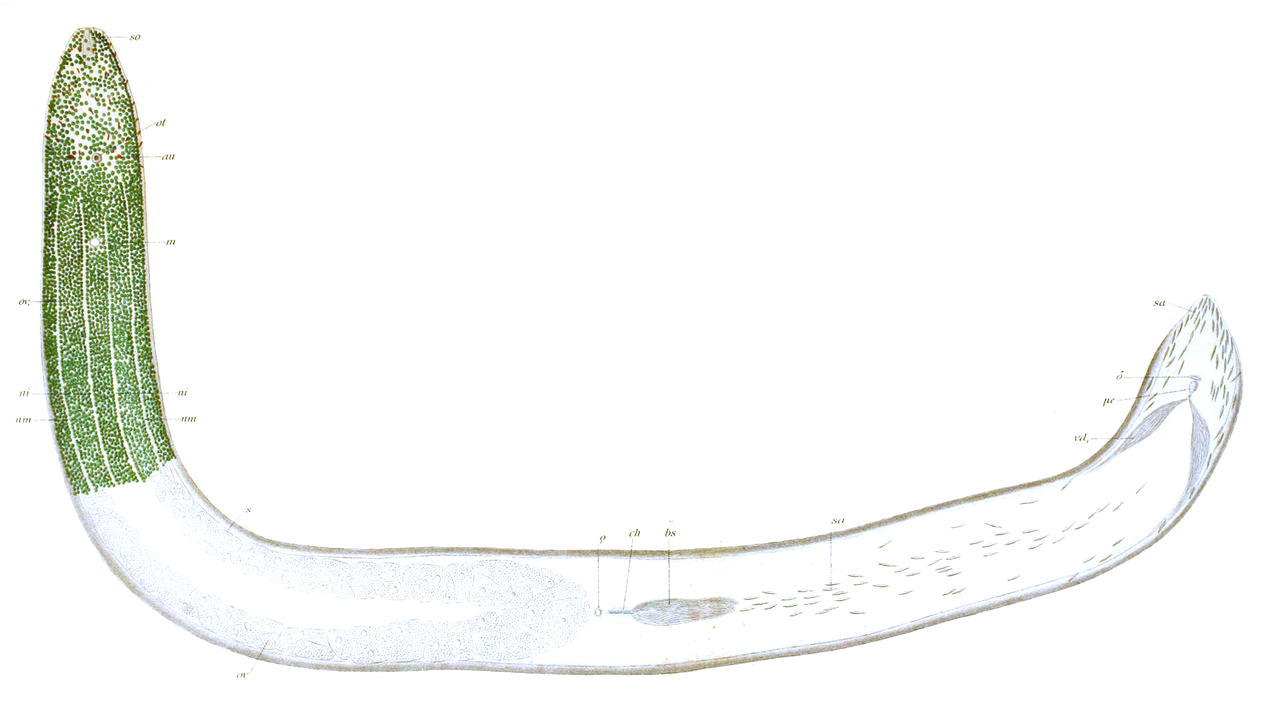 Viewing of the documentary Symbiotic Earth on evolutionary biologist Lynn Margulis on two mornings on Tuesday 18 and Wednesday 19 August, followed by a discussion around the film on the 19th conducted by Xavier Bailly, researcher of the laboratory Multicellular Marine Models of the Roscoff Biological Station.

SYMBIOTIC EARTH explores the life and ideas of Lynn Margulis, a brilliant and radical scientist, whose unconventional theories challenged the male-dominated scientific community and are today fundamentally changing how we look at our selves, evolution, and the environment.

As a young scientist in the 1960s, Margulis was ridiculed when she first proposed that symbiosis was a key driver of evolution, but she persisted. Instead of the mechanistic view that life evolved through random genetic mutations and competition, she presented a symbiotic narrative in which bacteria joined together to create the complex cells that formed animals, plants and all other organisms – which together form a multi-dimensional living entity that covers the Earth. Humans are not the pinnacle of life with the right to exploit nature, but part of this complex cognitive system in which each of our actions has repercussions.

Filmmaker John Feldman traveled globally to meet Margulis’ cutting-edge colleagues and continually asked: What happens when the truth changes? SYMBIOTIC EARTH examines the worldview that has led to climate change and extreme capitalism and offers a new approach to understanding life that encourages a sustainable and symbiotic lifestyle. 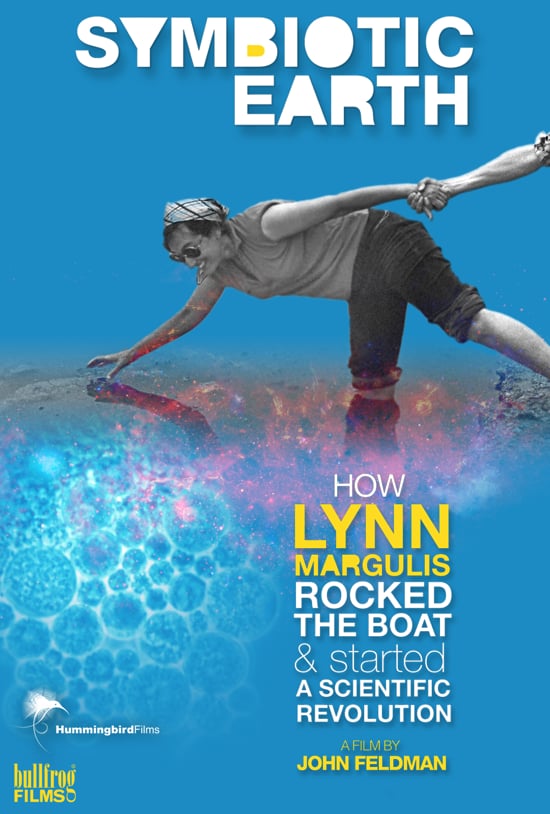 ATELIER21 ENERGYLAB: “Inhale the past, Exhale the future, Fly with the sun”

The history of energy is full of fantastic innovations, precursor devices that were not considered relevant or reliable in their time, did not find interested users or lacked a technical brick to make the system efficient. Yet these forgotten inventions are today in a position to respond favourably and probably unexpectedly to the challenges of the world to come. This new writing of the history of energy calls for an overall vision that allows us to move on to other fertile phases of analysis and creation. The methodology of the platform paleo-energetique.org therefore proposes to explore the public domain, retrotech and lowtech in order to unearth unjustly forgotten innovations. “Inhale the past, Exhale the future”: the Arte Labo Retreat will be the occasion of a retrospective around the foundation Aerocene, to gather a collective iconography and to reconstruct a history of flights and machines to fly, each one crazier than the other, including those using bicycles or solar energy. “Fly with the sun”, depending on the weather, we will be able to organize flights with the solar balloon Aerocene Backpack from Aerocene Community France, it will be possible to take pictures with go pro, to test the maximum weight that can be lifted by the balloon, etc.). 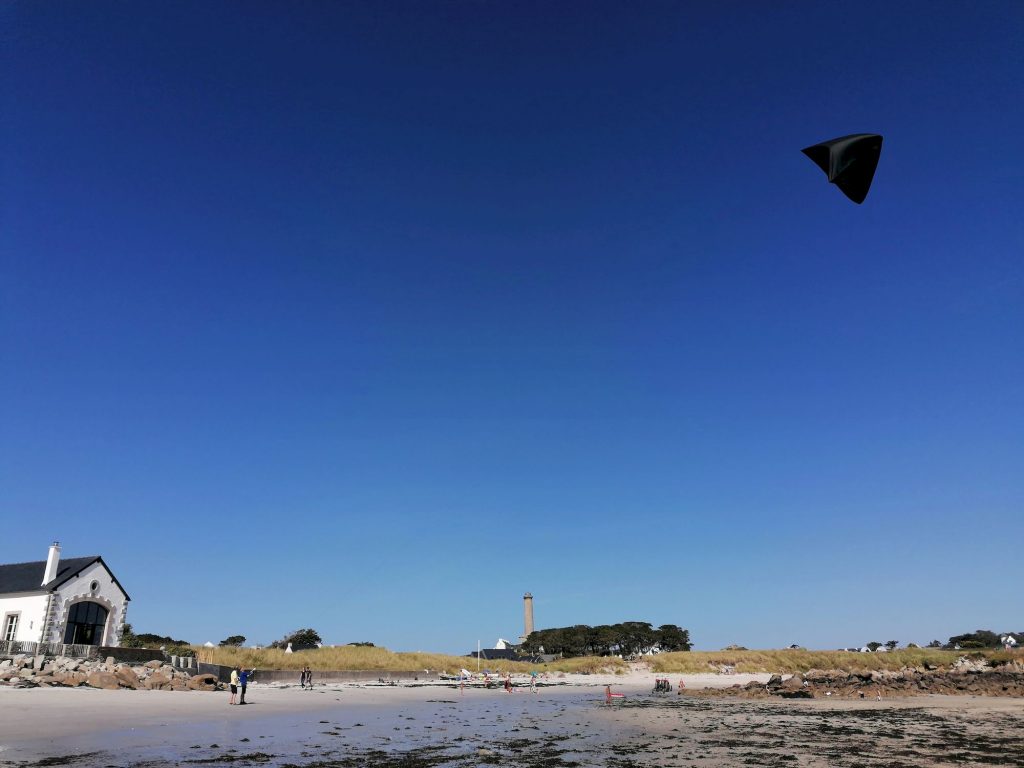 Is it physical chemistry or is it succussion quackery? What happens to strong alcohols when they are stimulated with ultrasonic waves? When they are basically shaken very hard, from the inside out?
“The color and flavor of Kentucky bourbon came from the rocking on the water. Bourbon was loaded on to ships in Kentucky, and by the time it traveled to the people buying it, the flavor improved.”

From the Vedas (knowledge) to the Latin Scientia (knowledge), up to Artificial Intelligence through quantum, we are led to experiment our relationship to reality either with a classic dualistic and objective approach, or with a more subtle, very old and very current approach: the non-distinction between consciousness and matter. This approach completely redefines our relationship to reality, to the social, political and therefore artistic space. But what are really the differences between dualism and non-dualism?
Is the artist’s subjective ego (or even collective ego) still a sufficient notion nowadays? Can we go beyond the existentialist binarity of the ego of the artist who is master of his reality and his destiny, in order to have a deeper experience? Who creates, for whom, and to what benefit? Is non-dual awakening the last vanguard in a mutant world?

ArtLabo Retreat is an event of the Feral Labs Network and is co-funded by the Creative Europe program of the European Union.