The medialab Makery is the space for experimentation of the Makery media. It allows to gather, to give visibility and to publish innovative projects and actions of the media: events, media partnerships, forums and big interviews; data-journalism web applications and software and hardware tools; trainings and workshops.

The medialab Makery thus offers a space for continuous reinvention of the media form through the simultaneous production and dissemination of scientific knowledge, innovative tools and original data.

The medialab Makery is aimed at a public of makers, amateurs, innovative companies, information professionals and scientists, for whom it will develop in particular an API allowing access to open and original data, data visualization applications, or networking between researchers and information specialists thanks to data.

The R&D activity and the editorial project specific to medialab Makery are structured around three complementary areas: an “IMAGINE” area, a “MAKE” area, and a “TRANSMIT” area. These spaces are respectively dedicated to scientific and societal reflection and debate, to experimentation and the realization of innovative projects, and finally to training in new technologies.

The Makery medialab explores three main themes on which Makery already has expertise: connected health, green techs, and the resilient city (or Fabcity).

The medialab Makery is carried by a small team assembled by Anne-Cécile Worms in Paris.

Entrepreneur and publisher, graduate of the Institut d’Etudes Politiques de Paris, Anne-Cécile Worms, co-founded her first start-up in electronic music in 1999. She publishes the Magazine des Cultures Digitales MCD, is an expert in digital arts for the French Institute, founder and director of Digital Art International created in 2009, launched in 2014 Art2M (Art to Machine) and Makery, the media for all labs.

A graduate of the Ecole Supérieure de Journalisme de Paris, Ewen Chardronnet now divides his activities between journalism and cultural production. In July 2014, he will be one of the first to join Makery’s editorial staff. In 2016 he initiates the Makery medialab. In 2018, he co-organizes for the Makery medialab the Open Source Body festival, in partnership with the Gaîté Lyrique, the CRI, La Paillasse and echOpen. An event on open health, Open Source Body invites health professionals, scientists, developers, designers, artists, entrepreneurs, Open Science Hardware activists and health NGOs to reflect together on improving access to care during a week. In April 2019, Ewen Chardronnet becomes editor-in-chief of Makery.info.

In 2014, Ewen Chardronnet edited the e-book Artisans Numériques (Hyx, 2014) on the technological, artistic and societal challenges of fablabs. In 2016, he published Mojave Epiphany, a non-fiction novel on the secret history of the US space programme between 1935 and 1955 (Incult, March 2016). Ewen Chardronnet is a member of the artist collective and research group Planète Laboratoire.

Computer scientist, artist and teacher, this engineer from the National Institute of Telecommunications began her career at Ircam. She founded the multimedia company Anabole in 1993, works for the collective La Fracture Numérique, and in 2016 joined the team at Art2M, which publishes the Makery media. She devotes part of her time to conducting research projects on programming principles, in partnership with research laboratories (LRI, LIMSI, EnsadLab).

Support for the Medialab Makery project

The European Commission support for the production of this publication does not constitute an endorsement of the contents which reflects the views only of the authors, and the Commission cannot be held responsi­ble for any use which may be made of the information contained therein. 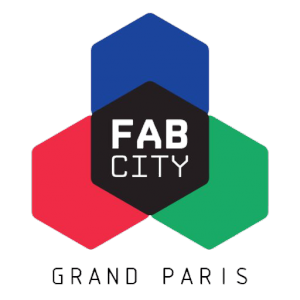 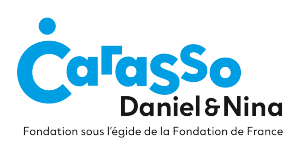